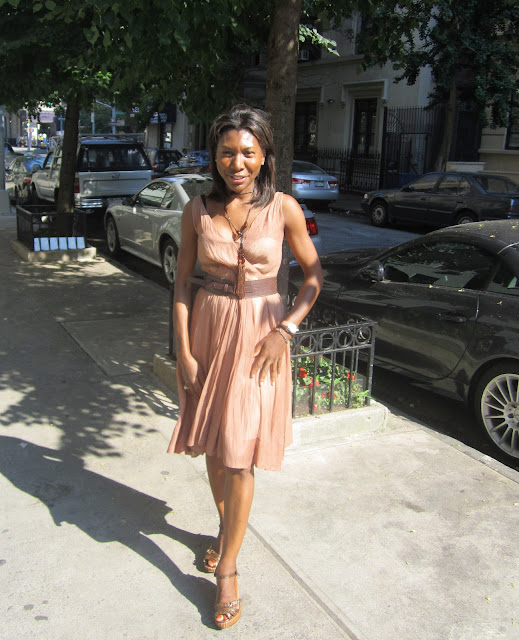 Sustainability, Green, Organic, Recycled, Natural, Vegan, Fair Trade, Environmentally Friendly…
these are just a few of the terms which have become very familiar to us in our day to day lives.
This month I’d like to share with you how we can incorporate a little or a lot into our worlds
of Fashion and Interior Design. This Next
Apartment Therapy


I stumbled across this fabulous little store (Organic Modernism) one Saturday afternoon while in ‘Chelsea’; turns out they have several location throughout the world; the Middle East, Asia, Europe, Australia, Chile, Canada as well as on the West and East coast in the United States. The New York City subway system is the most amazing place to see the most unexpected fashions!
Here a  lovely couple I spotted on their way to an event looking absolutely stunning in matching outfits! 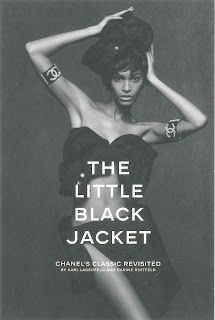 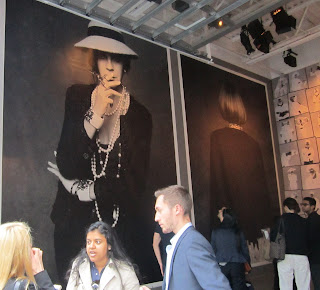 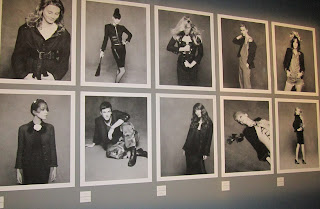 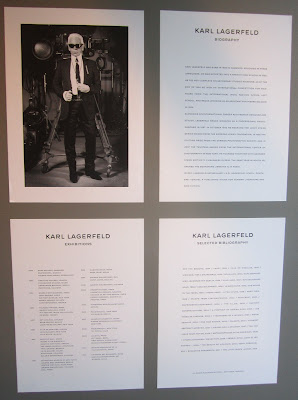 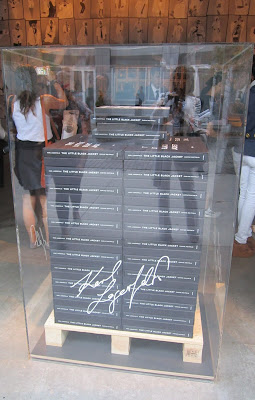 …AND NOW SOMETHING VERY DEAR TO MY HEART:

I hope this note finds you well…with the ability to breathe effortlessly.
I'd like to share with you the story of my grandniece Bella.
Although she is not even one year yet; she has a story to tell, and throughher mother's words (my niece Maya) below is her story.Please take a few minutes out of your busy day to read her story.
I am hopeful that you will find it in your heart to contribute to Bella's fund.

“see you later” as she rolled to the O.R.

31 Days to date Bella received what we had been praying for a match for a set of new lungs. At this time I sent out a massive text to pray without ceasing for our daughter as she went in to this major surgery, also asking for prayer for the family that lost their loved one to give ours a better quality of life. One of the nurses said the lungs were white and looked like an angels wings which was rare. How comforting when these signs are placed by God. Being still and talking to the Lord reassured me that his will be done, and it was. Having updates after updates of how the surgery was progressing I was confident that the Lord had his angels ’round about. By 6pm we had gotten word that surgery went well and she would be ready to be seen shortly.
Now here we are 2 weeks out and Bella is breathing well and making progress. We still have quite a journey ahead of us. We will be far away from home; friends and family for the next 3 months. We welcome friends and family to follow us on our amazing baby, Bella’s road to recovery. We appreciate your continued prayers and financial blessings through the COTA foundation. Thank you for taking the time to read about just a fraction of what the Lord is doing in Bella’s life.
To Donate click on link below:

Until next time…..”Work It”ERB
Contact: info@estherbrook.com
To purchase my booklet: https://www.estherbrook.com/
Esther welcomes opportunities to style individuals or interiors as well as promote fashion and design events.
All personal images are owned by “Esther’s Essentials” and may not be used in any way without my consent. Please email me at info@estherbrook.com for any request.
ERB Enterprise introduce Esther's Essential Home. Shop curated furniture collections powered by SideDoor, along with the beautiful Home Décor items you've come to known from ERB Enterprise.
Shop Here
This is default text for notification bar
Learn more